It wasnt Me, Sir!


Far from being seduced by global democracy's answer to St Trinian's, he has stormed into assembly and summoned not only the fourth and fifth formers but the prefects as well to his study for six of the best. That Gordon Brown should be the largest repayer so far we may expect demands many times larger once Sir Tom gets round to the Capital Gains flippers is but one of the hilarities on offer at Westminster this week.

The general amusement surrounds the cloud of bewilderment that months of stormy public outrage have failed to dispel. Wondrously, these dunces still cannot grasp that they've been naughty and retain quasi religious faith that they can bluster the issue into oblivion. What they were doing all summer defeats me, but I'm bleeding sure they weren't doing the rounds of their constituents' doorsteps to gauge the public mood. Take Jacqui Smith, as Max Miller would have invited us.


Her faux apology brings to mind Shaggy's single "It Wasn't Me", in which a guy whose girlfriend walks in to find him in flagrante with the neighbour continues to insist, with heroic futility, that it was indeed not him:. It was Jacqui, of course, as the coppers who guarded her sister's front door have confirmed by giving a different account of the number of nights she spent in town.

That'll learn her, albeit a little late, not to pick pay-rise fights with the Police Federation. Most delicious of all, meanwhile, is the introduction into the debate of a concept that those raising it have treated with contempt these past dozen years and more. Many MPs have pointed out that my darling Tom-Tom has navigated the ship of state towards a grave breach of "natural justice" by retroactively imposing expenses limits of the kind that have cost Gordon a dash over 12 large.

Ann Widdecombe, fabled defender of handcuffing hospitalised prisoners, is but one to wheel out this fuddy-duddy notion. And she's right. Technically, it is a blatant breach of natural justice. Then again, it is an affront to natural justice to remove the right to silence and trial by jury, kick habeas corpus in the cobblers by extending the period of detention without charge to almost a month, and store the DNA material of the innocent on a database.

It Wasn’t Me Sir, It Was Him

I'm no expert on jurisprudence, or indeed on anything else, but some will regard these as marginally more serious than making a bunch of petty crooks return what they've half inched from Johnny and Joanna Tax-Payer. Now heaven loveth a sinner that repenteth, and hats off to heaven for that. Here on earth, alas, it isn't so easy to loveth those who pliantly voted all that crap on to the statute books — or in the case of giving the Inland Revenue powers to send Stalin's secret police into orgasm, never voted for them at all; and never complained about that wicked violation of democratic principle.

What my Tommy, a lawyer by training, is saying is what Mr Tony Blair, Gordon, David Blunkett, Jack Straw, Shaggy Smith and the rest implicitly said when they were butchering natural justice: that sometimes the concept can be trumped. But where their trump cards were expediency, authoritarianism and sucking up to the right-wing media, Leggy's ace of spades is plain morality.

It doesn't matter what the rules failed to spell out, or what the weedy rubber-stampers of the Fees Office were bullied into agreeing. All that counts is that it was plain wrong, and that any reasonable person on the Clapham bendy bus would have known it. What we are seeing again from the Muthah of Parliaments, in this gentler second act, is pure and simple amorality. As a comic device, that's always a winner. 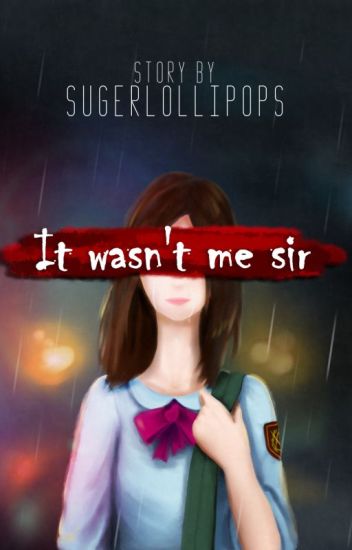 Who doesn't have a soft spot for those anarchic gymslip terrors? Here in what loosely passes for the real world, however, we don't want Compton Basset joining them in the Great St Trinian's Train Robbery. We want him to come over all Jimmy Edwards and unleash his cane. You can find our Community Guidelines in full here. Want to discuss real-world problems, be involved in the most engaging discussions and hear from the journalists? Try Independent Premium free for 1 month.

Independent Premium Comments can be posted by members of our membership scheme, Independent Premium. It allows our most engaged readers to debate the big issues, share their own experiences, discuss real-world solutions, and more. Our journalists will try to respond by joining the threads when they can to create a true meeting of independent Premium.

The most insightful comments on all subjects will be published daily in dedicated articles. You can also choose to be emailed when someone replies to your comment. The existing Open Comments threads will continue to exist for those who do not subscribe to Independent Premium. Due to the sheer scale of this comment community, we are not able to give each post the same level of attention, but we have preserved this area in the interests of open debate.

Memes, Saw, and Shower: Don't know who did this. Corporal: Wasn't me sir, they must have left the oven on or something Pop Smoke Happens all the time sir.

Crime, Match, and Single: leon leyawn im a detective checking a single footprint at the crime scene hmm steps on it with my shoe, ruining the footprint doesnt match. Lean, School, and Sorry: LEAN lowkeylean sorry that wasn't me who sent that madison madisonhkays What's the most middle school thing you remember it was my cousin hahahaha. Memes that summarize the seasons for Texans, Cowboys fans. Cristiano Ronaldo and the Valladolid pitch: The best memes.

Red Velvet Irene meme going viral on social media. Enter the Age of Borderless Memes. Naps and Memes: No One is Safe. Authorities investigating after fan posts meme of FSU coach being lynched.


Close Save to Only a few hundred yards away, however, in the gleaming headquarters of the Department for Education, the decision had already been taken that a scapegoat had to be found, not least to distract attention from perhaps the only truly damning element of Mr Tomlinson's report. This stated bluntly that the recent exam chaos was "an accident waiting to happen", because of serious flaws in the grading guidelines that were drawn up when the new A-level system was introduced two years ago.

These, the report stated, had been so imprecise that they had allowed the exam boards to act correctly while at the same time grading papers according to strikingly different criteria, with devastating results for students. Tellingly, although Mr Tomlinson's report did not mention this, at the time when the guidelines were introduced Ms Morris was a minister of state at the Department for Education, where she was deputy to David Blunkett. Though not technically the minister responsible, the risk that she would be found culpable, at least in the eyes of the public, had not gone unnoticed within Government.

Conscious of the danger to her own position, which had been called into question earlier in the week when Sir William, the year-old chairman of the Qualifications and Curriculum Authority, which oversees the exam system, accused her of trying to influence the outcome of the supposedly independent inquiry, Ms Morris, who has been Education Secretary since last year's General Election, decided to act. Before Mr Tomlinson's report had even been published, she told Sir William during two hours of tense meetings in her Whitehall office that he would be sacked.

Ms Morris, sitting nervously at her desk, clenching her hands and accompanied only by her grim-faced permanent secretary, read from a prepared script as she informed Sir William of her decision to dismiss him. He told her that she had been badly advised and asked her to reconsider. After half an hour, during which time Sir William and his deputy Ian McAllister, the Ford chairman, were forced to wait outside, she summoned him back into her office to say that her decision remained the same.